It’s week number three in Project Sewn’s sew along competition. This week the theme is “graphic print challenge”. Before I go on you can vote here from Friday October 18th until Sunday October 21st (give or take depending on which country you live in).

I had plenty of graphic prints in my stash because I love prints. I tossed up between a few but finally settled on a fabric I picked up from a little fabric shop in Brunswick. It’s just your basic cotton poplin and cheap at $5 per meter. It was one of those kind of purchases where you get home and say to yourself “what the heck was I thinking” and “what on earth am I going to do with that!”. So needless to say it’s been hanging around for a while. However, when I pulled it out I immediately thought it would be a perfect fabric for a graphic challenge as it is so strong and bold.

I did a bit of research and found a great little asymmetric design with a batwing sleeve and in a mini length. I think with such a bold print having as little dress as possible is a must.

I was a bit naughty and purchased a new pattern, although it was on sale for $5! Bargain. It’s Burda 7225 which is a “young” pattern. I thought this wouldn’t matter but I had lots of problems with the fit so perhaps this is why.

The idea was to use the pattern for the main body design and to draft a batwing sleeve. It all seemed to go well with the drafting so I just cut it out without sewing up a muslin first. Big mistake! I should know better but I was under the pump for time. It’s funny because I thought having such and easy pattern would mean I could sew it up really quickly and being such an experienced sewist (not) I could just whip it up no problem. All the basics went out the window. I didn’t fit it, I didn’t mark it properly I just went ahead like a bull at a gate. 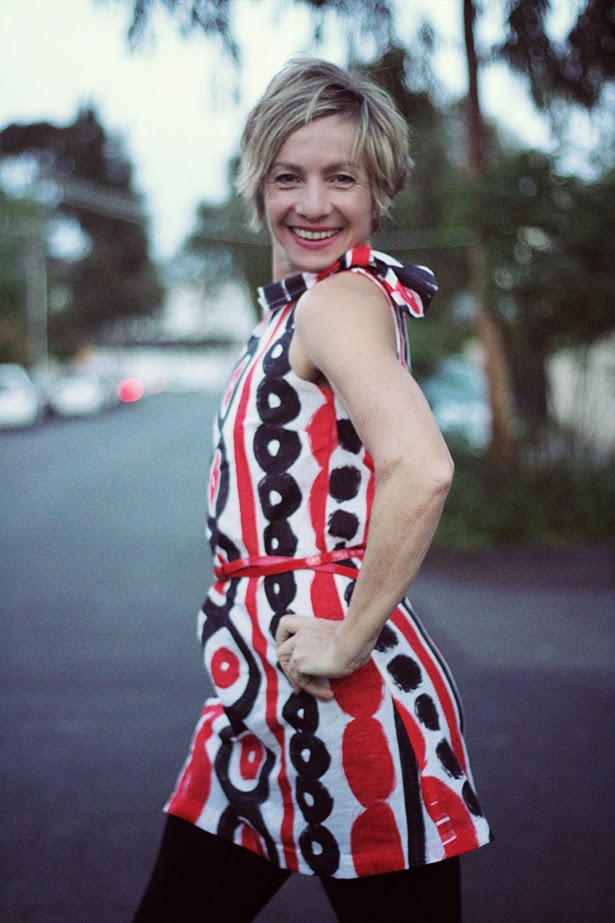 Once I sewed the sleeve up I decided to try it on. OMG. It looked awful. The sleeve just didn’t work at all! It needed to be more batwing and it was totally the wrong fabric. I decided to cut the sleeve out and go back to the original pattern. After sewing it up and trying it on again I found the armhole too small which I often find with patterns. Maybe I’ve got really low set armpits! I unpicked again and re sewed the armhole. Much better this time. Finally I added the bow as per the pattern using a pin that I can detach if I decide I don’t like the bow. 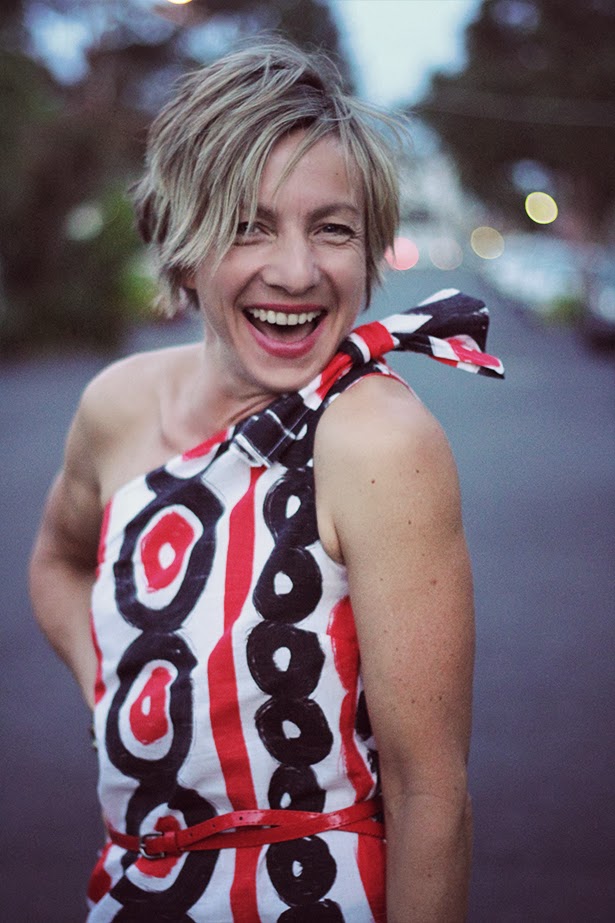 Finally, I have finished and I’m pretty happy with it now but for such a simple design it turned out to be a real pain in the butt!

I took a pic of how it looked after I sewed the batwing sleeve in. You can see how ugly it looked. Didn’t work at all!! 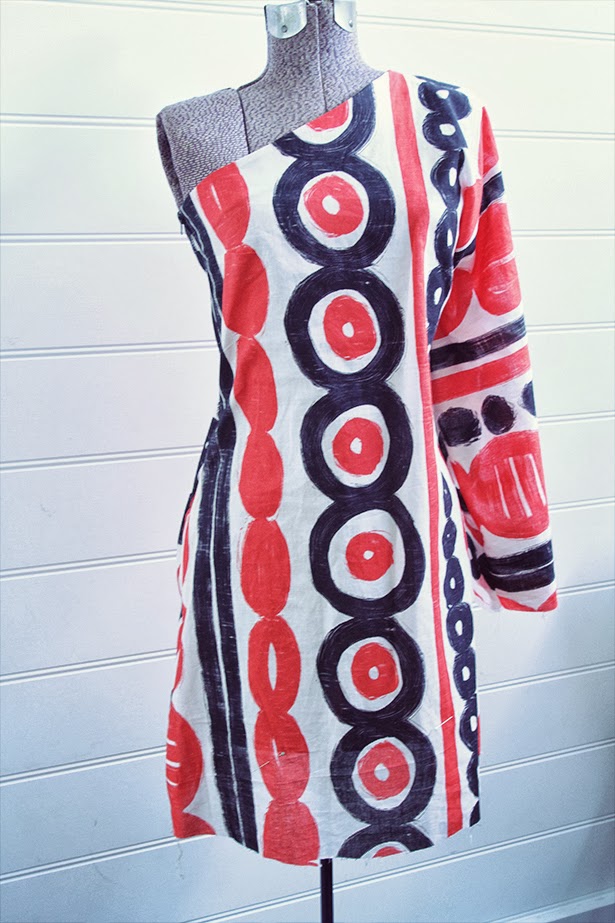